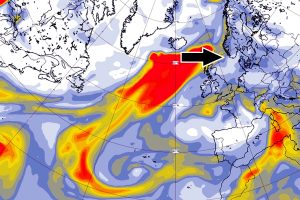 It has been a horrible and deadly wildfire season in the western United States. Severe wildfires have been burning across Oregon, Washington, California, and Colorado in August. Wildfires have burned a record-breaking area, following recent hot summer and extreme drought conditions. A massive smoke cloud was forecasted to spread into the Atlantic and has now […] 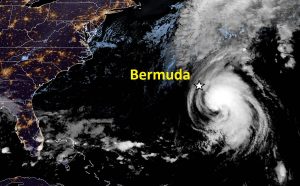 Hurricane Teddy is moving north near Bermuda on Monday and continues towards a potentially extremely dangerous landfall in Canada. Teddy has been gradually weakening over the weekend but remains a very large and powerful hurricane. Severe damaging winds, storm surge, and major near 20-meter waves are expected to strike Nova Scotia, eastern Canada on Wednesday […]

Fall arrival to Europe this week: summer weather replaced with cold and lots of rain, snow in the Alps 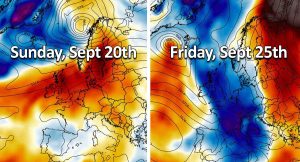 A long period of hot summer weather is coming to an end. It will be replaced with autumn weather. Right in time for the end of calendar summer and start of the calendar autumn, Sept 22nd. A complete pattern flip is forecast to bring much colder and rainy fall weather into a large part of […]

The post Fall arrival to Europe this week: summer weather replaced with cold and lots of rain, snow in the Alps appeared first on Severe Weather Europe. 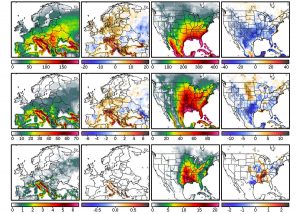 A recently released research article published in the Bulletin of the American Meteorological Society indicates that stronger convective inhibition causes declines in the frequency of thunderstorms over the United States, while a substantial increase in low-level moisture supports more thunderstorm activity over southern, central, and northern Europe. Will rapidly increasing convective inhibition over the United […]

The post Trends in storm environments over the last 4 decades suggest increases over Europe and decreases over the United States appeared first on Severe Weather Europe. 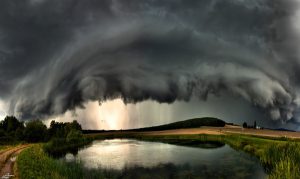 Busy hurricane season 2020 continues. We are out of traditional hurricane names, moving into the Greek alphabet 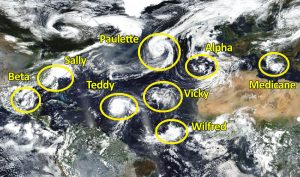 There are still several months left until the official end of hurricane season 2020, but there has already been twice the average number of storms. With 23 storms under the belt, the traditional hurricane names are used. We are moving into the Greek alphabet. Alpha and Beta formed on Friday, but more is on the […]

The post Busy hurricane season 2020 continues. We are out of traditional hurricane names, moving into the Greek alphabet appeared first on Severe Weather Europe.

*10-15 day forecast* Double low-pressure systems drop into the United States and Europe, while a strong Autumn ridge builds into the Arctic Circle 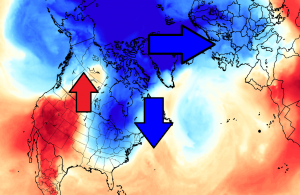 Days are getting longer, and the temperatures over the Northern Hemisphere are slowly dropping. Global weather systems are evolving into proper Fall weather patterns, as seen on the 10-15 day forecast trends. A colder air system is expected to drop into the northeastern United States and into Europe a few days earlier. We use the […]

The post *10-15 day forecast* Double low-pressure systems drop into the United States and Europe, while a strong Autumn ridge builds into the Arctic Circle appeared first on Severe Weather Europe.

While the tropical Atlantic is very busy with a monster Category 4 hurricane Teddy, the Gulf of Mexico is expected to form another Tropical Storm today – Beta. Yes, we are already in the Greek alphabet. By Sunday, Beta could even intensify into a hurricane. The landfall could occur in Texas early next week, with […]

Hurricane Teddy explosively developing and near major strength, on track to Bermuda 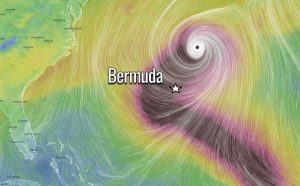 No break for the Atlantic record-breaking hurricane season. There is a monster hurricane developing, Teddy. Extremely rapid intensification is underway today, the system is likely already a major Category 3 hurricane. Teddy is moving northwest towards Bermuda and could severely impact Bermuda on Monday. Just days after hurricane Paulette! Based on the latest analysis at […]

The post Hurricane Teddy explosively developing and near major strength, on track to Bermuda appeared first on Severe Weather Europe. 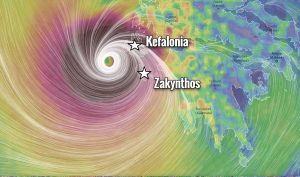 Model guidance is now calling medicane Ianos could become one of the strongest Mediterranean tropical-like cyclones on record. The minimum central pressure is expected to drop to near 980 mbar, with sustained winds reaching hurricane-force Category 1 strength. Peak gusts could exceed 200 km/h, therefore, a severe impact is likely for western Greece tonight through […] 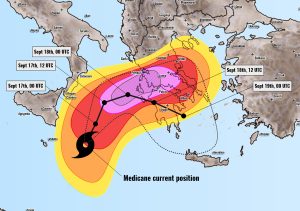 Medicane Cassilda could form in the Ionian Sea later this week 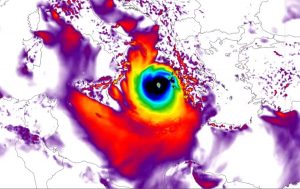 An organized cluster of storms formed along the coast of Libya, the Mediterranean Sea this Tuesday morning, Sept 15th. There are increasing chances we could be seeing a formation of a warm-core cyclone – a medicane (Mediterranean tropical-like cyclone) on Thursday, named Cassilda. There is also a potential for severe landfall of this medicane in […]

The post Medicane Cassilda could form in the Ionian Sea later this week appeared first on Severe Weather Europe.

The rapid intensification of hurricane Sally, life-threatening flooding, and storm surge expected for the Gulf Coast 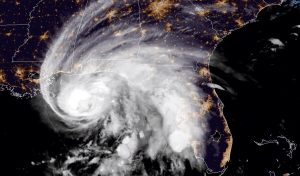 Hurricane Sally has gone through a remarkable rapid intensification on Monday. It was upgraded to a Category 2 hurricane by the NHC. An extremely dangerous and life-threatening storm surge is expected for areas from Port Fourchon, Louisiana, to the Okaloosa/Walton County Line in the Florida Panhandle. Dangerous hurricane Sally is likely to bring destructive and […] 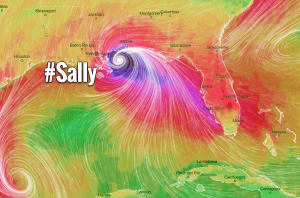 There are now 6 tropical systems ongoing in the Atlantic tropical region. Tropical Storm Sally, located near the Florida Keys is expected to significantly intensify over the Gulf of Mexico and head for a destructive landfall as a hurricane at the Gulf Coast. The system could possibly bring destructive flooding, storm surge, and hurricane-force winds […]

The post Tropical Storm Sally expected to become a hurricane with destructive landfall for the Gulf Coast appeared first on Severe Weather Europe.

A stratospheric Polar Vortex has now emerged above the Arctic Circle. It will influence the Winter 2020/2021 weather along with the incoming La Nina and west QBO 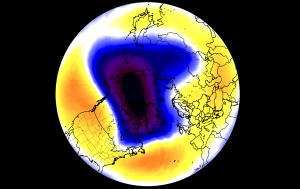 The road to the next Winter season is always long and it begins well before the temperatures start to drop. One of the major drivers on that road is the stratospheric polar vortex. A new polar vortex has now emerged over the North Pole and will continue to strengthen for the next 4 months. In […]

The post A stratospheric Polar Vortex has now emerged above the Arctic Circle. It will influence the Winter 2020/2021 weather along with the incoming La Nina and west QBO appeared first on Severe Weather Europe. 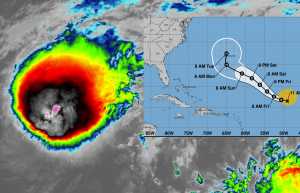 A tandem of two tropical storms – Paulette and Rene, is ongoing in the central Atlantic. Both are expected to become hurricanes over the weekend. The main feature of interest is a Tropical Storm Paulette, which could impact Bermuda as a dangerous hurricane on Monday and Tuesday. September 10th is generally considered to be the […]

The post Tropical Storm Paulette could threaten Bermuda as a dangerous hurricane next week appeared first on Severe Weather Europe.

Could Sally be the next potentially strong Atlantic tropical storm? 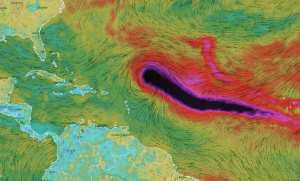 We currently have two tropical storms ongoing – Tropical Storm Paulette and Rene in the central Atlantic. Another potent tropical wave is soon emerging off West Africa and could be the new storm Sally in the next days. Potential is increasing the system could become a hurricane over the Central Atlantic next week. Satellite analysis […]

The post Could Sally be the next potentially strong Atlantic tropical storm? appeared first on Severe Weather Europe.

Indian summer through mid-September as extreme heatwave develops across Europe 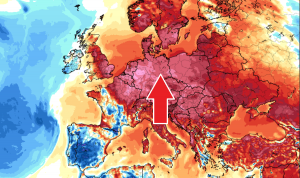 The weather pattern across Europe are soon become more stable. It has been a warm start into this week for many areas. Temperatures should locally climb into the 30-36 °C range again. A so-called Indian summer will develop under an extensive omega blocking pattern. Much warmer weather is expected to develop over the weekend into […] 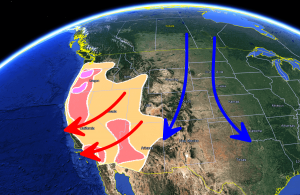 An unprecedented event is underway across the United States this September. While a record-breaking heatwave is shattering record along the West Coast, and unusually intense cold outbreak is bringing snow and cold into the Great Plains and the Rockies. The outbreak will also develop intense Santa Ana winds, which could significantly worsen the ongoing destructive […] 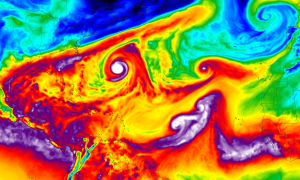 The extremely active Atlantic hurricane season continues. A Tropical Storm Paulette has formed in the central Atlantic today while two more systems are likely to form this week – a Tropical storms Rene and Sally. Then, only 3 storm names are left for the 2020 season. Three tropical systems likely this week   Now, three […] 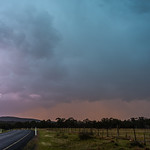 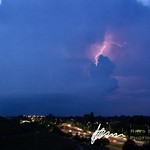 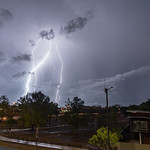 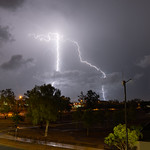 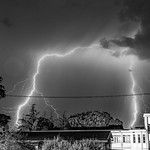 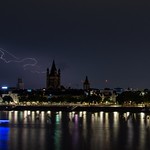 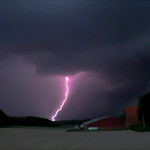 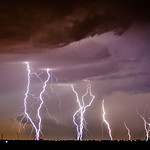 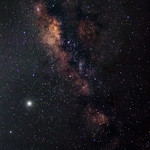 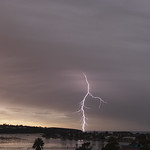 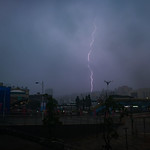