All about weather. Learn how meteorologists forecast the weather and why some weather systems are hard to predict.
Internetiaadress: https://www.sciencedaily.com/news/earth_climate/weather/

World's ocean is losing its 'memory' under global warming

6. Mai 2022 - 22:14
Using future projections from the latest generation of Earth System Models, a recent study found that most of the world's ocean is steadily losing its year-to-year memory under global warming.
Kategooriad: Välismaa uudised

Scientists identify the most extreme heatwaves ever recorded globally

4. Mai 2022 - 21:45
A new study has revealed the most intense heatwaves ever across the world -- and remarkably some of these went almost unnoticed decades ago.
Kategooriad: Välismaa uudised

4. Mai 2022 - 2:02
Storms in the Sahel region, which can reach over 100km in size, have become more extreme since the 1980s due to global warming, with more intense rainfall. An online portal will enable forecasters in West Africa to provide communities with earlier and more reliable warnings about large storms.
Kategooriad: Välismaa uudised

Bay Area storms get wetter in a warming world

28. Aprill 2022 - 22:22
Researchers used supercomputers to run high-resolution climate simulations that show how historically-impactful storm events could look in a warmer world. The researchers simulated five of the most powerful storms that have hit the San Francisco Bay Area since 1984, then projected how these historical storms would look in 2050 and 2100. They determined that some of these extreme events would deliver 26-37 percent more rain by 2100.
Kategooriad: Välismaa uudised

28. Aprill 2022 - 19:54
As reservoir levels dwindle in the Southwest, scientists have developed a method to estimate summer rainfall in the region months in advance. These seasonal predictions can enable state and local officials to make key reservoir and water allocation decisions earlier in the season and support more efficient water management.
Kategooriad: Välismaa uudised

New climate modeling predicts increasing occurrences of flash flooding across most of the U.S.

26. Aprill 2022 - 22:36
A research team has created simulations from coupled climate and hydrologic models that demonstrate widespread increases in the occurrences of flash flooding events across most of the United States.
Kategooriad: Välismaa uudised

22. Aprill 2022 - 1:12
A record-setting rainstorm over Kaua'i, Hawai'i in April 2018 resulted in severe flash flooding and estimated damage of nearly $180 million. The deluge damaged or destroyed 532 homes, and landslides left people along Kaua'i's north coast without access to their homes. Atmospheric scientists have now revealed that severe supercell thunderstorms were to blame.
Kategooriad: Välismaa uudised

Clearing up biases in artificial intelligence

20. Aprill 2022 - 20:36
Scientists have noticed grave disparities in artificial intelligence, noting that the methods are not objective, especially when it comes to geodiversity. AI tools, whether forecasting hail, wind or tornadoes, are assumed to be inherently objective, says one of the researchers. They aren't, she says.
Kategooriad: Välismaa uudised

Want to be sustainable and cool? Choose fans more and AC less

8. Aprill 2022 - 15:38
A new study has found using indoor fans more often allows people to reduce their air conditioner use without changing how hot they feel, paving a way for reducing future energy use and greenhouse gas emissions.
Kategooriad: Välismaa uudised

6. Aprill 2022 - 17:17
Climate changes in the tropical Pacific have temporarily put the brakes on rapid warming and ice melting in Greenland.
Kategooriad: Välismaa uudised

30. Märts 2022 - 2:17
Scientists have discovered a new source of super-fast, energetic electrons raining down on Earth's atmosphere, a phenomenon that contributes to the colorful aurora borealis and poses hazards to satellites, spacecraft and astronauts.
Kategooriad: Välismaa uudised

28. Märts 2022 - 17:13
Researchers have used computer simulations to show that weather phenomena such as sudden downpours could potentially be modified by making small adjustments to certain variables in the weather system. They did this by taking advantage of a system known as a 'butterfly attractor' in chaos theory, where a system can have one of two states -- like the wings of a butterfly -- and that it switches back and forth between the two states depending on small changes in certain conditions.
Kategooriad: Välismaa uudised

25. Märts 2022 - 15:39
A superhuman effort by an army of volunteers during the UK's first COVID-19 lockdown has resulted in 5.2 million rainfall observations, recorded by hand on paper sheets now stored in the Met Office archives, being added to a digital national record. The record now has significantly more data for pre-1960 and has filled in what was a data black hole pre-1862. The work has revealed some record-breaking 19th century weather, which is published in a new paper.
Kategooriad: Välismaa uudised

Classifying weather to tease out how aerosols influence storms

21. Märts 2022 - 17:58
A new study used artificial intelligence to analyze 10 years of weather data collected over southeastern Texas to identify three major categories of weather patterns and the continuum of conditions between them. The study will help scientists seeking to understand how aerosols -- tiny particles suspended in Earth's atmosphere -- affect the severity of thunderstorms.
Kategooriad: Välismaa uudised

15. Märts 2022 - 20:18
The climate pattern El Niño varies to such a degree that scientists will have a hard time detecting signs that it is getting stronger with global warming. That's the conclusion of a study that analyzed 9,000 years of Earth's history. The scientists drew on climate data contained within ancient corals and used one of the world's most powerful supercomputers to conduct their research.
Kategooriad: Välismaa uudised

14. Märts 2022 - 18:06
Prolonged droughts and heat waves have negative consequences both for people and the environment. If both of these extreme events occur at the same time, the impacts, in the form of wild fires, tree mortality or crop losses -- to name a few examples -- can be even more severe. Climate researchers have now discovered that, assuming a global temperature increase of two degrees in the course of global warming, the future frequency of these simultaneously occurring extreme events is primarily determined by local precipitation trends. Understanding this is important, since it enables us to improve our risk adaptation to climate change and our assessment of its consequences, according to the researchers.
Kategooriad: Välismaa uudised 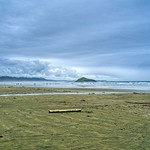 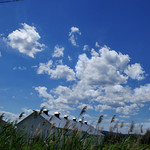 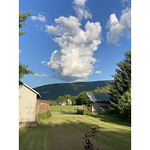 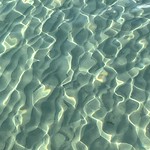 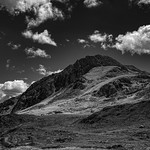 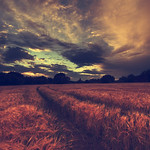 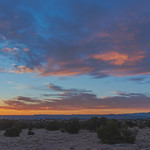 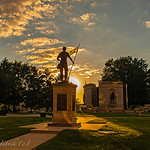 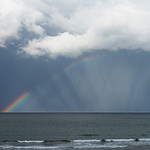 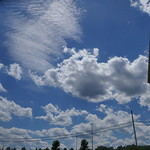 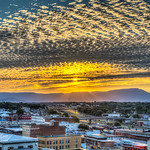