A waxing crescent moon-sometimes called a "young moon"-is always seen in the west after sunset. At this moon phase, the Earth, moon and sun are located nearly on a line in space. If they were more precisely on a line, as they are at new moon, we wouldn't see the moon. The moon would travel across the sky during the day, lost in the sun's glare. Instead, a waxing crescent moon is seen one day to several days after new moon. It rises one hour to several hours behind the sun and follows the sun across the sky during the day. When the sun sets, and the sky darkens, the moon pops into view in the western sky.

Because the waxing crescent moon is nearly on a line with the Earth and sun, the "day side" is facing mostly away from us. We see only a slender fraction of the day side: a crescent moon. Each evening, because the moon is moving eastward in orbit around Earth, the moon appears farther from the sunset glare. Each evening, as the moon's orbital motion carries it away from the Earth/sun line, we see more of the moon's day side. Thus the crescent in the west after sunset appears to wax, or grow fatter each evening.

You sometimes see a pale glow on the darkened portion (night side) of a crescent moon. This glow is due to light reflected from Earth's day side. It's called "earthshine." 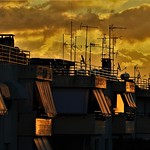 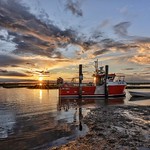 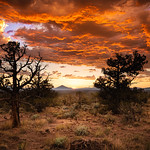 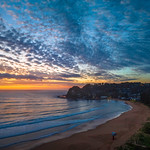 ©25.11.22 Beautiful sunrise with clouds over the ocean
Autor: Merrillie Redden 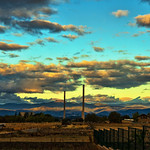 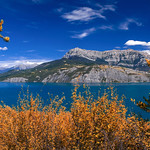 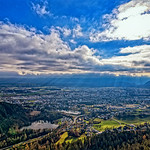 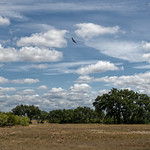 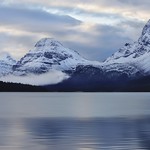 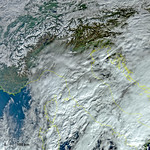 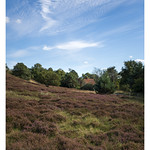 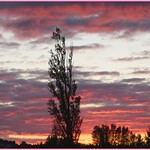