Last quarter moon comes about three weeks after new moon. Now, as seen from above, the moon in its orbit around Earth is at right angles to a line between the Earth and sun. The moon is now three-quarters of the way around in its orbit of Earth, as measured from one new moon to the next.

A last quarter moon looks half-illuminated. It rises around midnight, appears at its highest in the sky at dawn, and sets around noon. After this, the moon will begin edging noticeably closer to the sun again on the sky's dome. Fewer people notice the moon during the day from about last quarter on, because the sun's glare begins to dominate the moon.

A last quarter moon can be used as a guidepost to Earth's direction of motion in orbit around the sun. In other words, when you look at a last quarter moon high in the predawn sky, you're gazing out approximately along the path of Earth's orbit, in a forward direction. The moon is moving in orbit around the sun with the Earth. But, if we could somehow anchor the moon in space... tie it down, keep it still... Earth's orbital speed of 18 miles per second would carry us across the space between us and the moon in only a few hours. 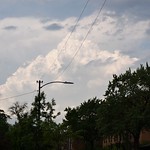 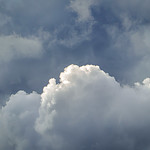 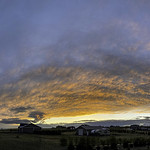 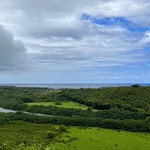 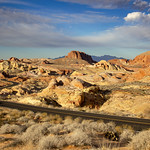 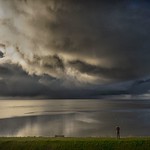 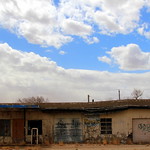 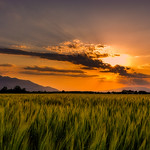 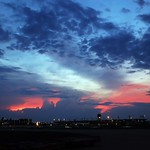 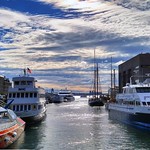 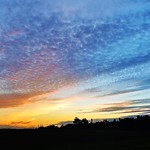 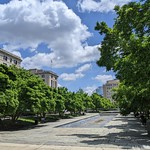