Typhoon Haishen is now grazing Kyushu island, heading for a historic landfall in Korea on Monday 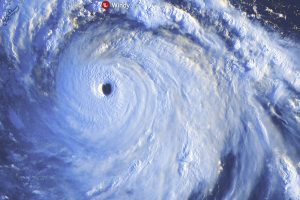 Haishen remains a violent typhoon and heading towards Korea. It is blasting across the Kyushu islands with destructive winds, storm surge, and torrential rainfall. Its next impact is a damaging landfall near Busan, South Korea over the next 12 hours. Flooding and damaging winds will spread across a large part of the Korean peninsula and […]

The new forecast for Colorado: a drastic 36-hour change from summer on Labor Day to heavy snow on Tuesday

It looks like much of Colorado will literally jump from hot summer to winter weather and snow – in barely just 36 hours! A very significant weather change will also bring heavy snowfall across Wyoming and Colorado, with a quite decent snow accumulation possible. Planning a trip to Denver on these nice late summer days? […]

The post The new forecast for Colorado: a drastic 36-hour change from summer on Labor Day to heavy snow on Tuesday appeared first on Severe Weather Europe.

Super Typhoon Haishen has been maintaining its powerful high-end Category 4 strength through Friday and Saturday. The peak sustained winds were at 155 mph (135 knots or 250 km/h). Haishen is the Earth’s 3rd strongest storm of 2020 and is expected to hit Japan and South Korea on Sunday. Haishen is expected to be one […]

The post Super Typhoon Haishen is now expected to be one of the most intense storms on record for Japan appeared first on Severe Weather Europe.

Cold forecast for the start of Fall 2020: A near 65-degree F temperature drop is now expected across the US

The first days of Fall 2020 will bring a very intense and unusually strong cold outbreak across North America. Very cold weather with nearly 65 degrees F temperature drop in 48 hours is forecast early next week! The first frost and snowfall of this fall are expected across the High Plains from Montana to Colorado. […]

The post Cold forecast for the start of Fall 2020: A near 65-degree F temperature drop is now expected across the US appeared first on Severe Weather Europe.

Soon after a damaging typhoon Maysak landfall in South Korea, a Typhoon Haishen has literally exploded over the Philippine Sea. It is rapidly intensifying and heading towards Japan’s Kyushu Islands and then towards South Korea. Haishen is expected to reach a high-end Category 4 strength by Thursday night or even a Category 5 strength by […]

The post Typhoon Haishen is now exploding and on its way to becoming a high-end Category 4 storm on Friday appeared first on Severe Weather Europe.

The Atlantic hurricane season continues with high activity this week. Currently, there are four tropical systems ongoing, one of them – the tropical storm Nana is expected to become a hurricane prior to its landfall in Belize tonight. Tropical Storm Omar is over the northwestern Atlantic and weakening. Two more tropical waves are near the […]

The post Tropics are ramping up with 4 new systems as the peak of the Atlantic storm season is near appeared first on Severe Weather Europe.

A still powerful typhoon Maysak is approaching South Korea with a destructive landfall expected tonight. Maysak remains a very dangerous storm and will introduce huge amounts of rainfall and flooding across the Korean peninsula. Severe damaging winds and storms surge is expected across the southern coastal areas. The landfall of Maysak is expectedalong the south-southeastern […]

Currently, there is a Super Typhoon Maysak ongoing over the East China Sea, on its way north towards its strike on western Kyushu island and South Korea. Another, potential a violent typhoon is expected to form and head for Japan this weekend. A tropical storm Haishen develops north of the Marianas and could become the […]

The post A new violent and the strongest typhoon of 2020 season could strike Japan next week appeared first on Severe Weather Europe.

Meteorological summer has come to an end, with the global weather patterns slowly going into autumn mode. This year they will be influenced by the developing La Nina ENSO phase in the tropical Pacific ocean. The latest Fall forecast models show this global influence, extending it into the upcoming winter. LA NINA – COLD ENSO […]

Tropical weather across the western Pacific has ramped up lately. After a powerful typhoon Bavi last week, a new extremely dangerous super typhoon Maysak formed and is expected to pass very near Kumejima Island, Japan tonight. Okinawa will also be affected. Then, Maysak crosses the East China Sea and haad for South Korea landfall on […]

As we have been discussing a lot this week, a potentially volatile environment was expected for the end of August. A supercell outbreak with numerous intense and deadly storms has verified across northern Italy. Several tornadoes were reported, besides destructive winds, very large hail events, and severe flooding. We have issued a MDT risk for […]

The post A powerful supercell outbreak over northern Italy for the end of August 2020 appeared first on Severe Weather Europe. 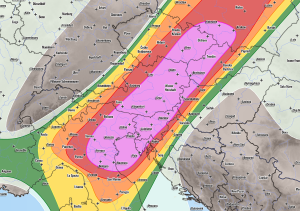 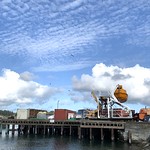 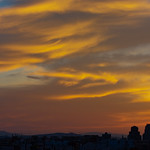 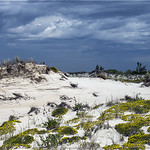 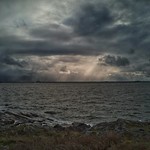 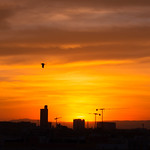 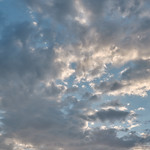 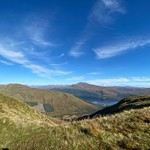 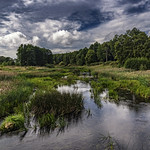 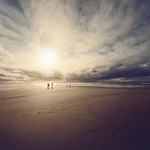 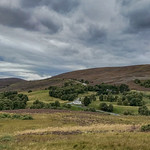